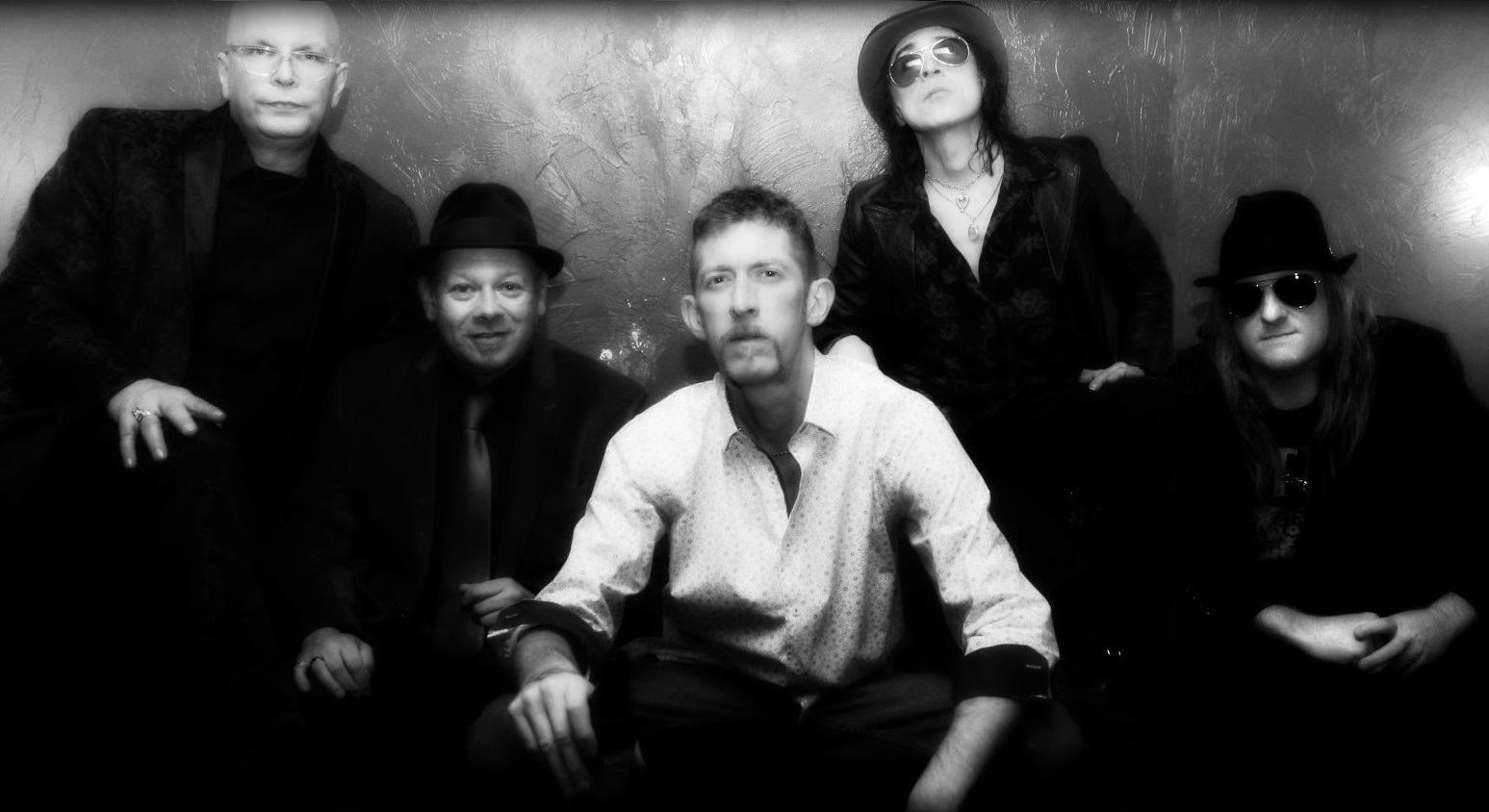 “The Boys With The City Slang!”

People ask all the time where the name Royal Honey comes from? Drummer Angelo Amantea says with his swaggitude “I just made it up…It’s what I do! I’ve been naming bands for years!”

That’s not all they’ve been doing for years. Royal Honey brings together some of the best talent and experience in the rust belt region. The band has only been together since 2018, but its members go way back in the local steel city scene, having played renowned clubs like The Decade, Graffiti, The Electric Banana, 31st Street Pub, and Someplace Else regularly. They’ve also all played up and down the major east coast cities, prior to forming Royal Honey.

These guys have been around the block a bunch of times. Coming from previous bands including The Dirty Charms, The Ultimatics, The Cheats, The Addicts, Lize, The Science Fiction Idols, The Cosmosonics, Child of Fire, Kill Bossa, Rainstation Zero and Gas Tiger, they’ve got the experience and pedigree to write great catchy songs and put on killer energetic shows!

Guitarist Eric Rodger says “We’ve accomplished so much in just a short year and half, because we’re all contributing and pulling the same direction. Dave brings most of the song ideas, and we lay down the tracks with efficiency in the studio. Ang does almost all the artwork and flyers and books most of the shows. Greg’s in radio, so he’s our PR man, getting us press and interviews. I handle the studio mixing and merch, and making sure that everything we produce is top grade. And Bobby commands every crowd we play to like the master of ceremonies that he is! Because of this camaraderie, Royal Honey has released one CD and is already mixing the next one, just signed a recording contract with The Vault Records, and has played to hundreds of fans in major cities like NYC, Philadelphia, and Pittsburgh.”

Royal Honey’s sound has been described as part New York Dolls, part Guns N Roses. Their influences are abound, including The Stones, AC/DC, NY Dolls, Guns N Roses, Kix, The Cult and Faster Pussycat, with some Thin Lizzy guitars thrown in for good measure. And topped off with steel city grit and attitude.

Special thanks to Jergel’s Rhythm Grille, The Crafthouse Stage & Grill, and Drusky Entertainment.

–  “the video itself is a romping good time, the song itself is infectious, and by the end, it will leave you with a smile on your face”  –  First Angel Media, May 15 2020 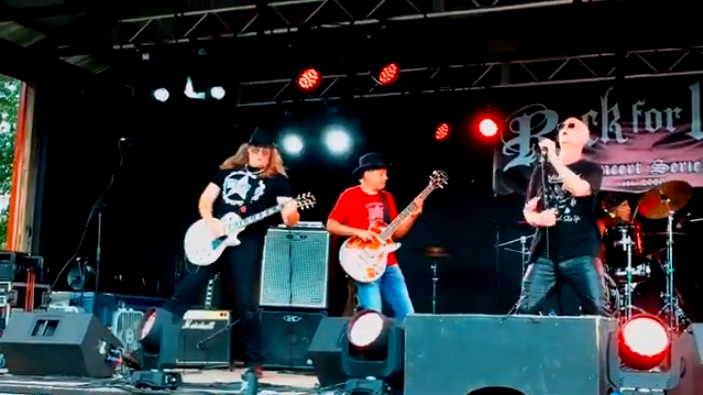 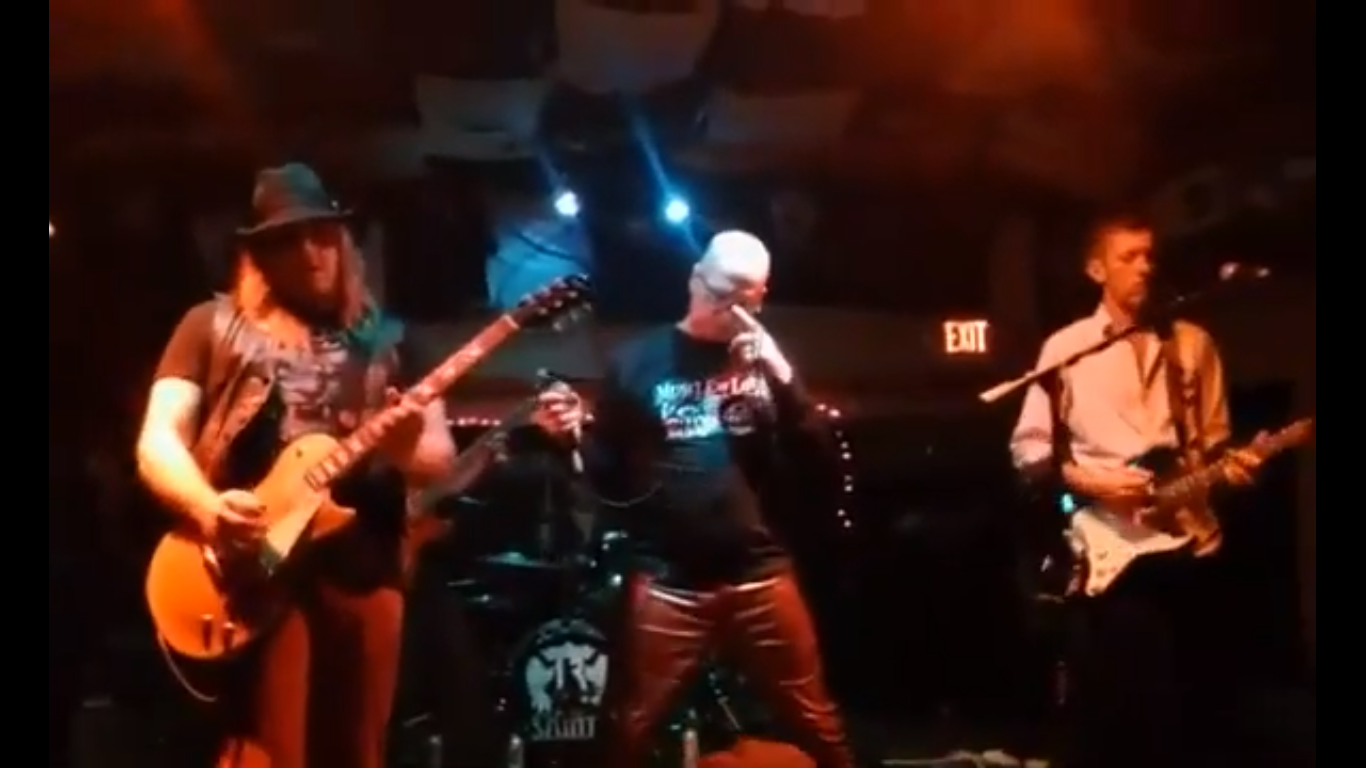 C’mon and Love Me 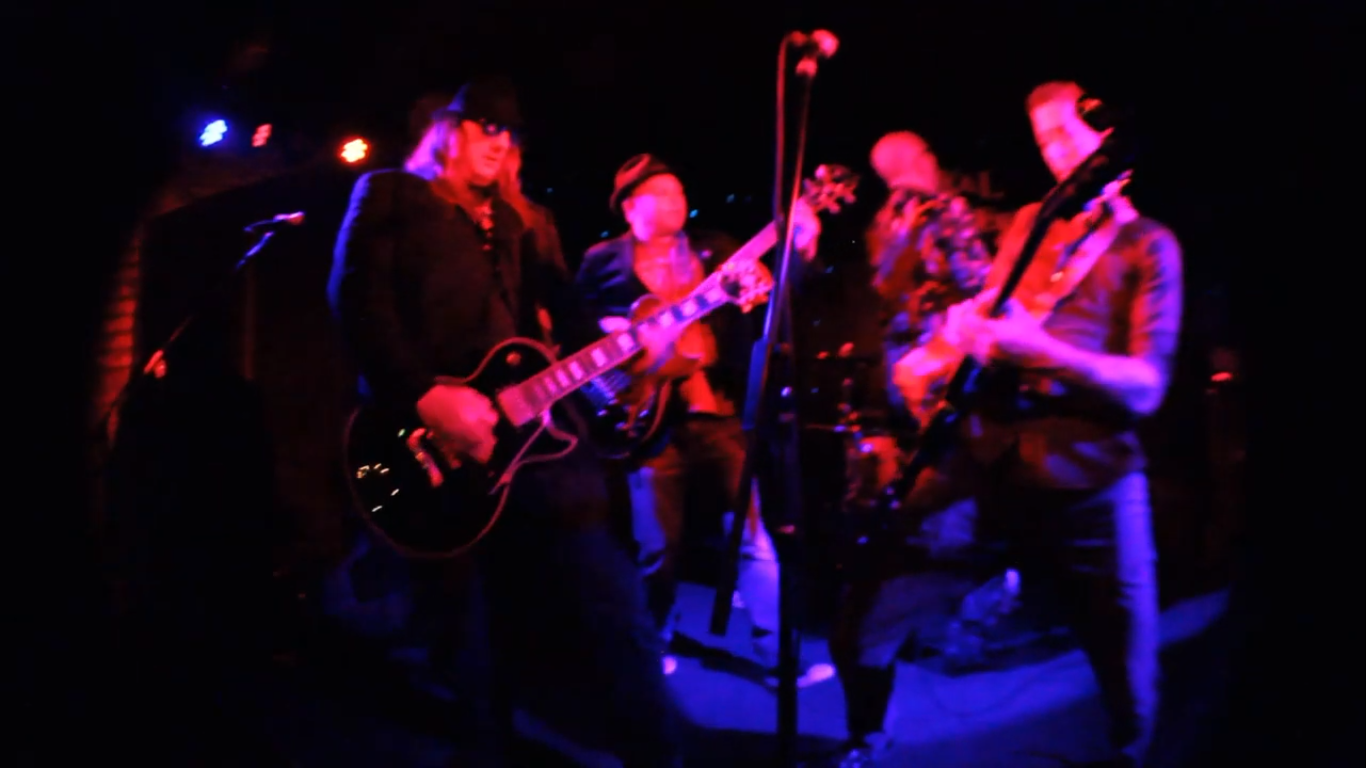 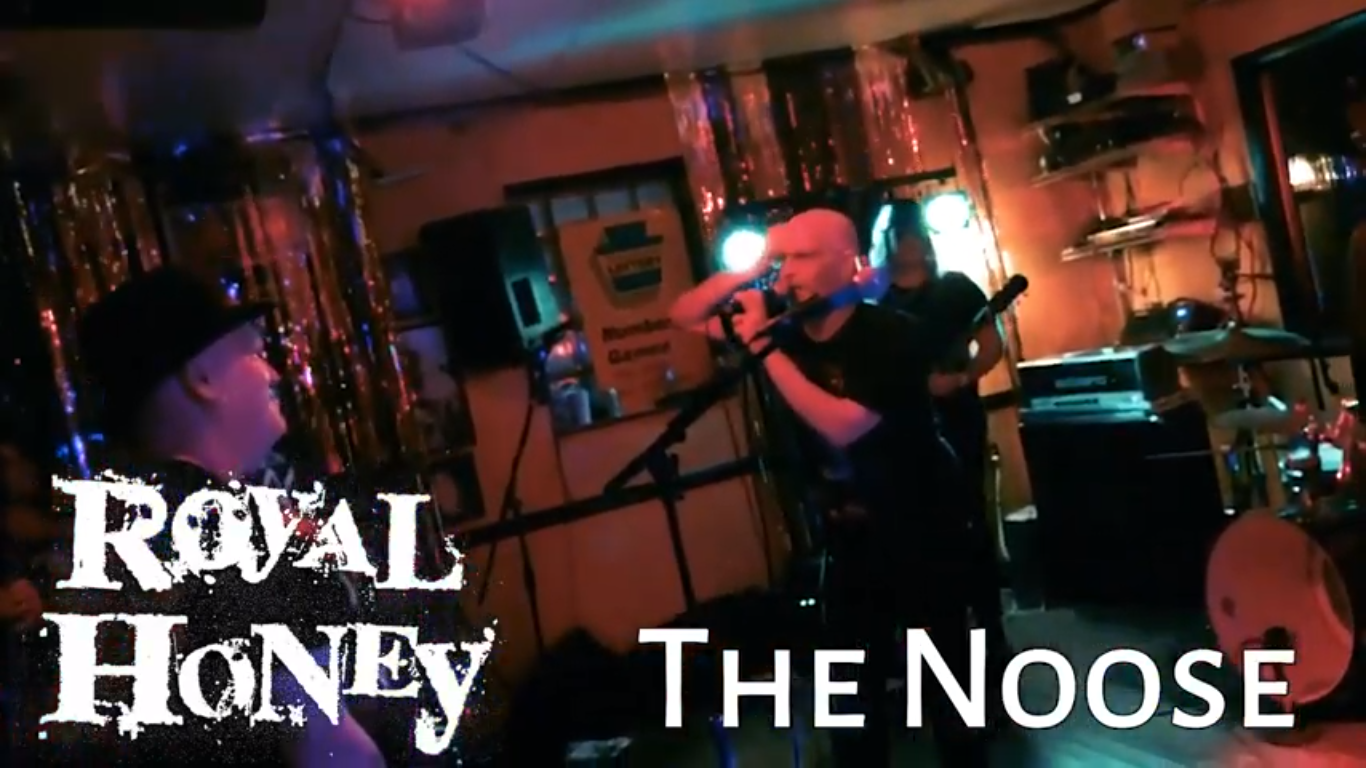 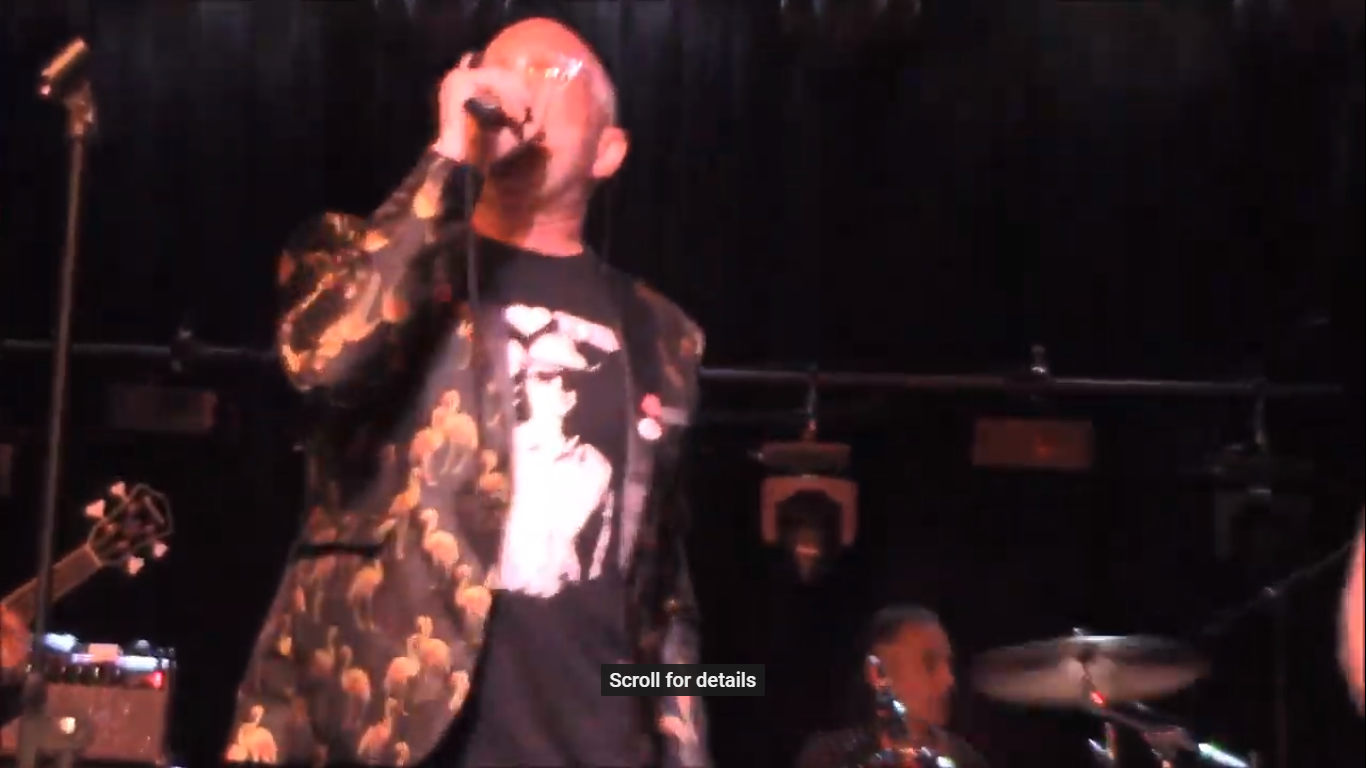 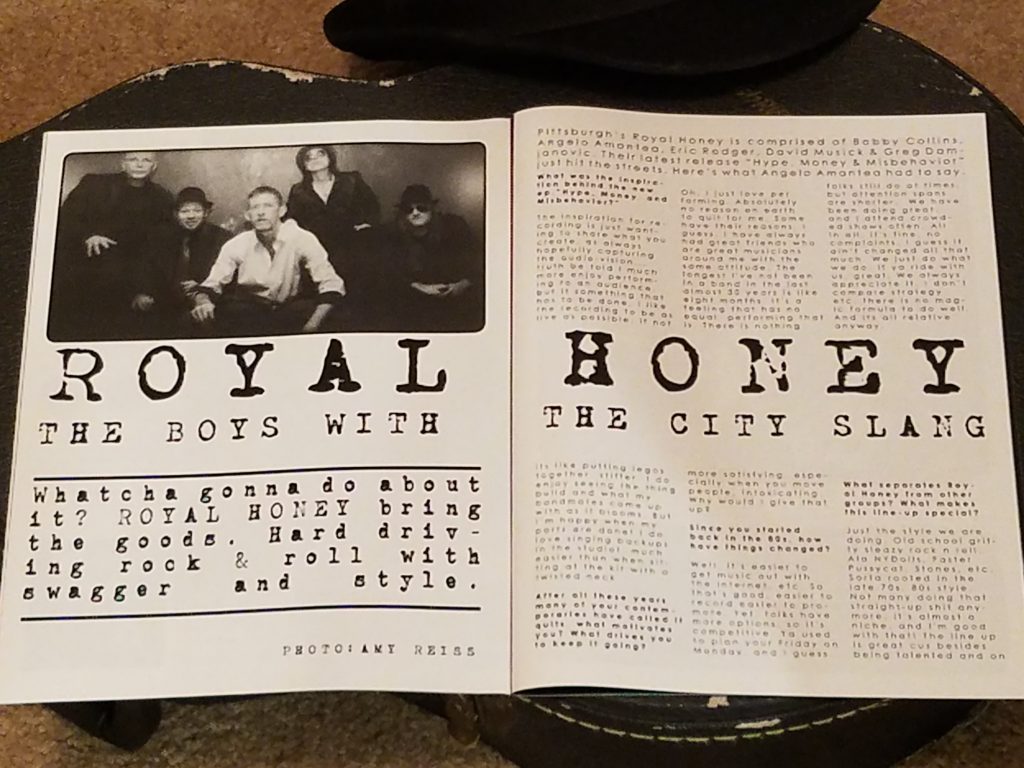 "Robert Collins is equal parts Angry Anderson, Bon Scott, and Howard Stern, and the ex-Dirty Charms crooner has a new joint you need to be schooled on. They’re called Royal Honey, and if you like your rock hard, a little red, sleazy, greasy, and vintage, I regret to inform you that you missed a right corker of a homegrown jam if you didn’t catch their record release shindig at Howler’s." [read more]

Hugh Twyman Hugh Shows
"This year-old band made up of grizzled Pittsburgh rock veterans"..." has swagger to burn on their debut EP, 'Hype, Money and Misbehavior.' Recorded at The Vault on the analog Neve console, it’s the good old, greasy, garage-y, blues-based rock of the sort that you’d find at the Decade, the 31st Street Pub, etc." [read more] 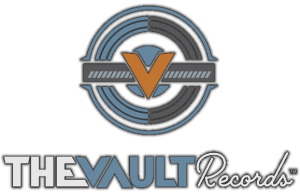 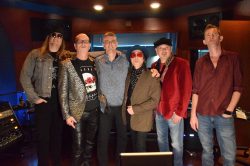